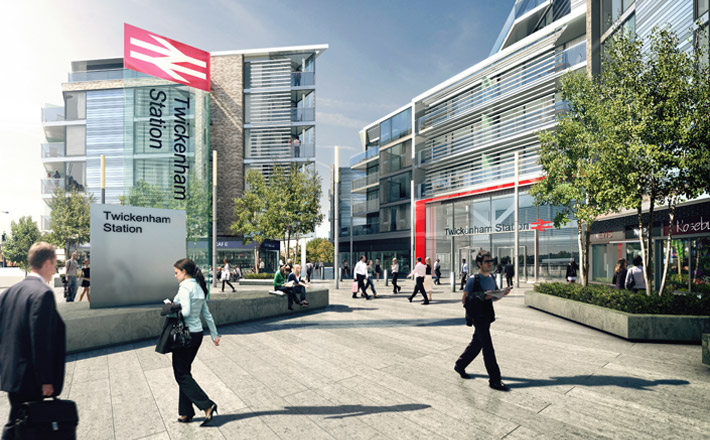 Creating new gateways – how we deliver both station and track improvements

You don’t need to tell Londoners that trains are busier than ever – they know this through first-hand experience. The renaissance of the train has been one of the remarkable social stories of the last 20 years – trains in the South East are carrying twice the number of people. This rise has defied forecasts and expectations as more and more people take the train rather than the car to work.

As demand increases, so does the need to increase capacity on the network. Projects such as Crossrail are helping to transform the service in the very congested South East, but how do we renew our existing infrastructure and make them fit for purpose, particularly when public funding is so limited?

As well as the increase in demand, the way in which we use train stations has also dramatically changed over the years, and few of the many sub-urban train stations have managed to keep up with our rapidly changing lifestyle. That begs the question, how can we make stations fit for our modern lifestyles and manage increased passenger flows?

Policy makers are increasingly looking for alternative solutions, including being more creative with public land. Solum, a unique partnership between Network Rail and Kier Property, generates revenue from redeveloping under-utilised railway land which is re-invested back into the rail network. We aim to transform tired stations into modern gateways.

An example of our work is the transformation of Twickenham Station. Built in 1954, before Twickenham was even considered a part of London, the existing station and its minimalist facilities have remained largely unchanged. They have not kept pace with increased demand and modern lifestyles of one of London’s most desirable suburbs.

Over the next two years we will transform Twickenham station into a modern station, with a much larger ticket office. A new podium over the railway tracks will create a public plaza. Shops and retail spaces on the plaza will flow out onto the high street. Inside the station, new lifts will enable step free access to the platforms – providing easy access to train services for the disabled and the elderly, as well as the increasing number of prams.

This transformation is being funded by development. Around the public plaza, 115 new residential apartments are being created, in one of London’s most desirable locations – helping to tackle London’s housing crisis – and a new footpath will link the station to a local park.

Facing the challenges of increasing demand and changing use, the transformation of Twickenham Station will create a much-needed modern gateway – as well as a fitting entrance to the home of English Rugby.